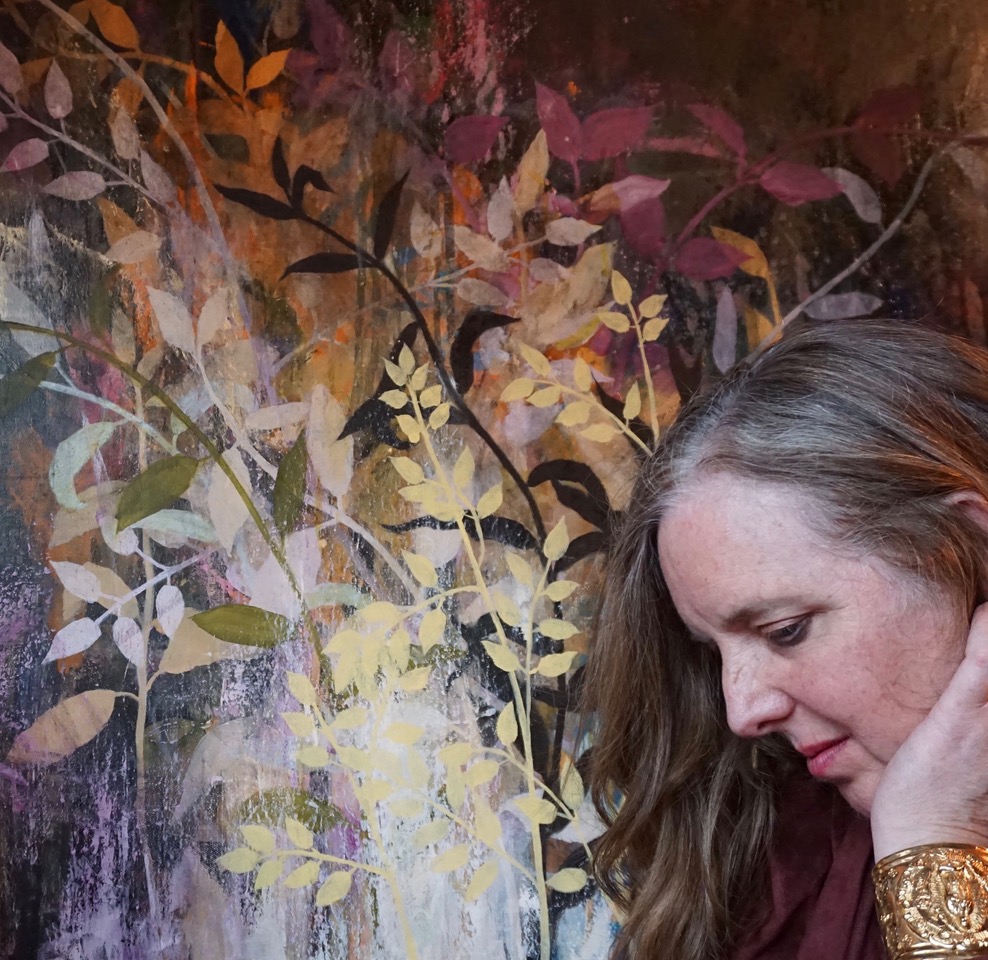 Tamara English is a contemporary artist whose work explores themes of awakening to the presence of the divine, and nature as a catalyst for discovering the sacred in life. Her work reveals the interior realms of our beings, the levels of awareness beyond the physical. Most wisdom traditions speak about the existence of these different levels which include the subtle and causal realms. These realms are where our beliefs, perceptions and inquiry and understanding of what has sacred meaning to us are found. English blends imaginary elements with elements found in the physical world to create an atmosphere that expands our perception of reality, which she refers to as the reenchantment of the world. Her work reveals the vastness and beauty of an inner life in which one is connected to their divine ideal, beyond any specific tradition or belief system. Each painting may be considered a portal to discover the magical, mystical and alchemical in everyday life, well-being and upliftment, and that all is imbued with Spirit.

Tamara English’s work has been exhibited extensively in the US and abroad, including at the New Orleans Museum of Art and the Seattle Art Museum. She holds a BFA in painting from Pacific Northwest College of Art, where she received the Charles Carey Life Drawing Prize. She has been awarded several grants from the Regional Arts & Culture Council in Portland. In 2018, English was named a recipient of the Ford Family Foundation Oregon Visual Artist Mid-career Residency Award, and was awarded a Golden Spot artist residency at Playa Summerlake in Oregon. Her work is widely collected and represented in many collections, including the City of Portland Portable Works, Pacific Northwest College of Art, Cascade AIDS Project Office, Lock Haven University, Columbia Sportswear, and a former US president. English lives and works in Portland, Oregon.